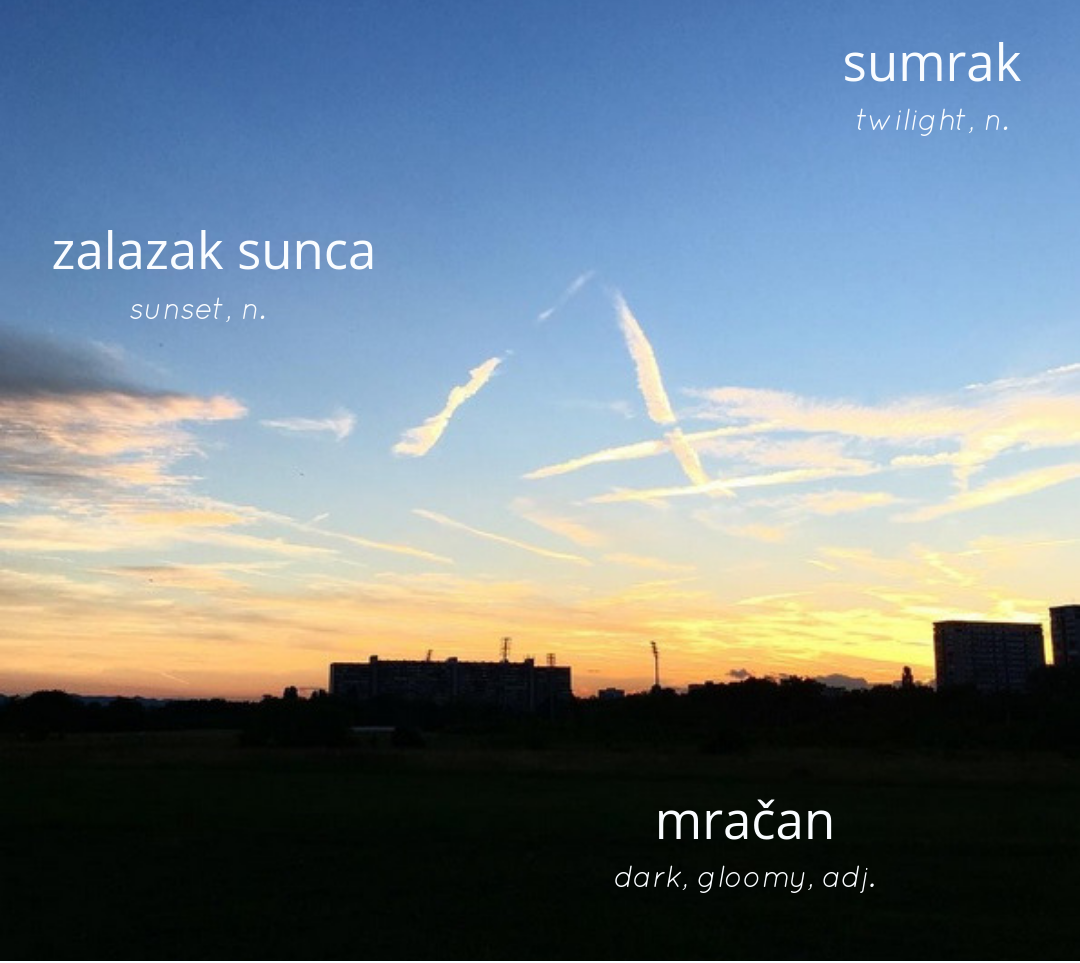 sumrak: twilight
Sumrak je najljepši dio dana. = Twilight is the most beautiful part of the day.

This is a photo of Siget, one of the neighborhoods in Novi Zagreb, across the river Sava from the old town. If you are a history buff, the name Siget might be familiar to you. It is also the name of a town and fortress in Hungary (in Hungarian, Szigetvár), where in the 16th century the greatly outnumbered Habsburg soldiers, led by the Croatian ban (a noble title, similar to that of a viceroy) Nikola Šubić Zrinski famously battled with Turkish invaders. Although Zrinski’s men lost the battle, the Turkish army was too weakened to continue with their plan to conquer Vienna. This battle is a significant part of Croatian and European history because it protected the Croatian, Hungarian and Austrian lands from the Turkish invasion. One of the most famous Croatian operas, Nikola Šubić Zrinski, is based on this historical event.