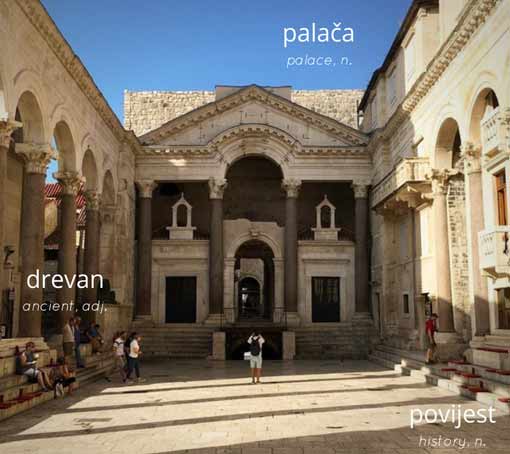 In the photo, there is Dioklecijanova palača (Diocletian’s palace) built in the 4th century AD for the Roman emperor Diocletian in the city of Split. It is the heart of the old city, where you can see other remains of Roman times, but also beautiful buildings built during the reign of Venice and later periods of history.