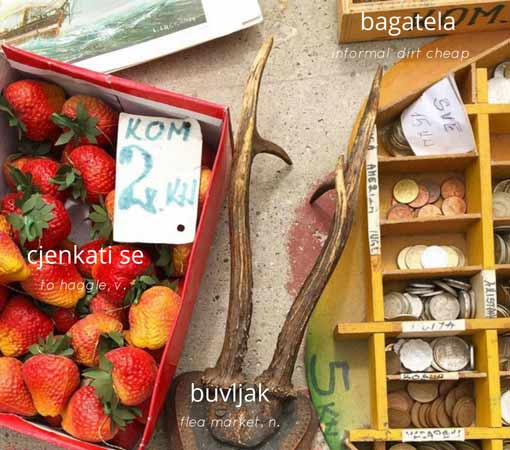 buvljak: flea market
Idem u nedjelju na buvljak kupiti stare knjige i ploče. = I am going to the flea market this Sunday to buy old books and records.

The photo was taken at the biggest flea market in Croatia – Hrelić. It takes place every Sunday on the outskirts of Zagreb as part of a car market. As you can see in the photo, you can find very diverse produce – some new and some second-hand. In case you are looking for something a bit fancier and closer to the city center, go to the flea market at Britanski trg on a Sunday morning.

The photo was taken in Zagreb at the Hrelić flea market.
Photo credit: Iva Antoliš