The present tense in the Croatian language, negative
...or how to say you DON’T do things

If you managed to learn the affirmative form of the present tense in the Croatian language, you will find making the negative form a piece of cake. The only thing you need to do is to add NE in front of the in the present . And that’s it! Learning Croatian sometimes really is a piece of cake! 🙂

Can it get any easier than that? 🙂

*If you read our previous post on the present tense (affirmative form), you might remember that there is just one present tense in the Croatian language, so – depending on the context – (ja) ne radim can mean both I don’t work OR I am not working. 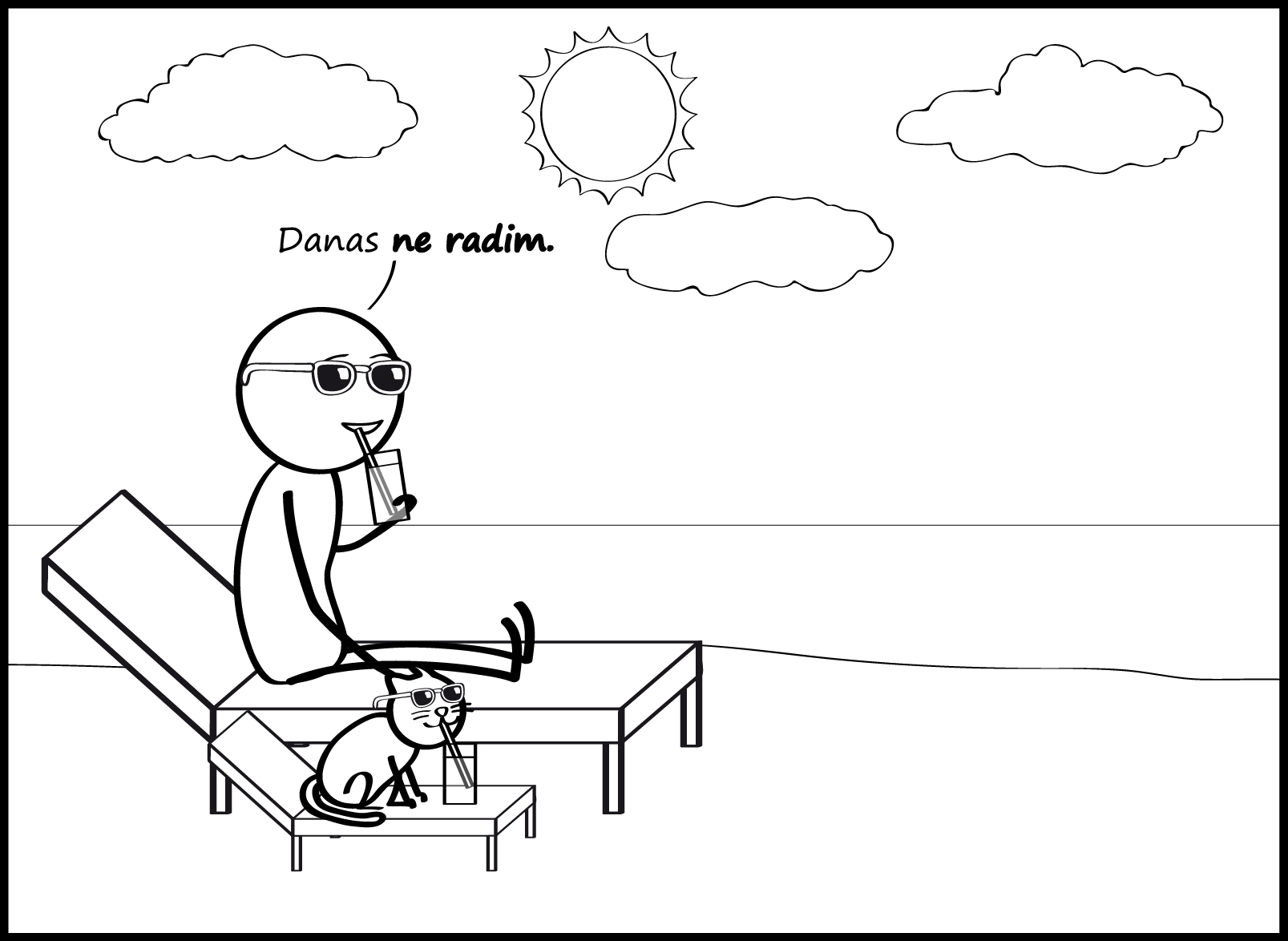 There are only 3 verbs that have specific negative forms. Two of them are auxiliary verbs, biti (to be) and htjeti (will). As auxiliaries, they have their own rules and their own forms, which is the reason why we learn them separately from all other, “regular” verbs. Apart from these two, the only “regular” verb that has a specific negative form is the verb imati (to have). That’s because the verb imati has its own negative version in the present tense – the verb nemati (to not have). This means that, if you want to say I don’t have, you would say (ja) nemam, NOT (ja) ne imam.

Ivan ima brata, ali nema sestru. – Ivan has a brother, but doesn’t have a sister.
Ne idemo u restoran jer nemamo dovoljno novca. – We’re not going to the restaurant because we don’t have enough money.
Danas nemam puno posla pa idem na kavu. – I don’t have a lot of work today, so I’m going for a coffee.
Nemaš pojma! – You have no idea!

What happens with the subject in the sentence?

As you already might be guessing, if it’s clear from the context who the is (e.g. ja, ti, Ana…), you can drop it. This is a very common thing in the Croatian language in general and the native speakers do it all the time, since every verb in every tense tells who the subject is.

How do you feel about using the negative form of the present tense?

Learning Croatian continues! Next Tuesday we’ll learn about the interrogative form of the present tense in the Croatian language. If you would like us to send you an email with the next Croatian grammar lesson, put your email address here.