The past tense (perfekt) in the Croatian language, affirmative
...or how to say you DID things 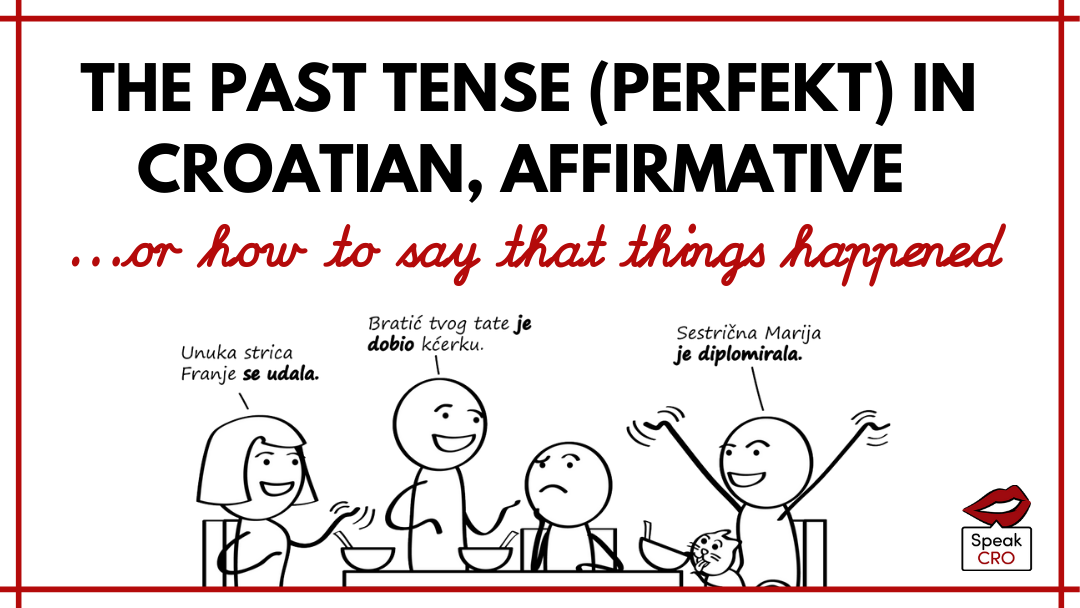 You will probably be glad to know that Croatian has only one past that you should learn. That tense is called perfekt. Technically, there are three more, but two of them are only used in old books and are extinct in contemporary Croatian; the third one is equivalent to the English past perfect tense (e.g. I had played), and you can pretty much always use the “main” past tense instead. So, you need to learn just perfekt to be able to talk about anything that happened in the past.

To form perfekt, or the past tense, you need to follow this scheme:

PAST TENSE = AUXILIARY VERB BITI (TO BE), short form + MAIN VERB with one of the following endings:

So, the trick is in combining the correct form of the biti (to be) with the suitable ending of the main verb and voila! 🙂
If you read our posts regularly, then you are already familiar with the auxiliary verb biti (to be), so this is just a reminder:

The next step is adding the suitable ending to the main verb. As the majority of verbs in Croatian end in -ti (e.g. kuhati, spavati, učiti…), what you need do with them is just remove that final -ti and add one of the endings shown in the scheme above: -O (masculine) / -LA (feminine) / -LO (neuter) for singular, or  -LI (masculine) / -LE (feminine) / -LA for plural.

And there you go! So, let’s take a look at what the past tense looks like on the example of the verb učiti (to learn):

*In Croatian, ono (it) does not refer just to an object, but to any neuter noun, even if it means a person, like dijete (child). So, ono je učilo can mean dijete je učilo. 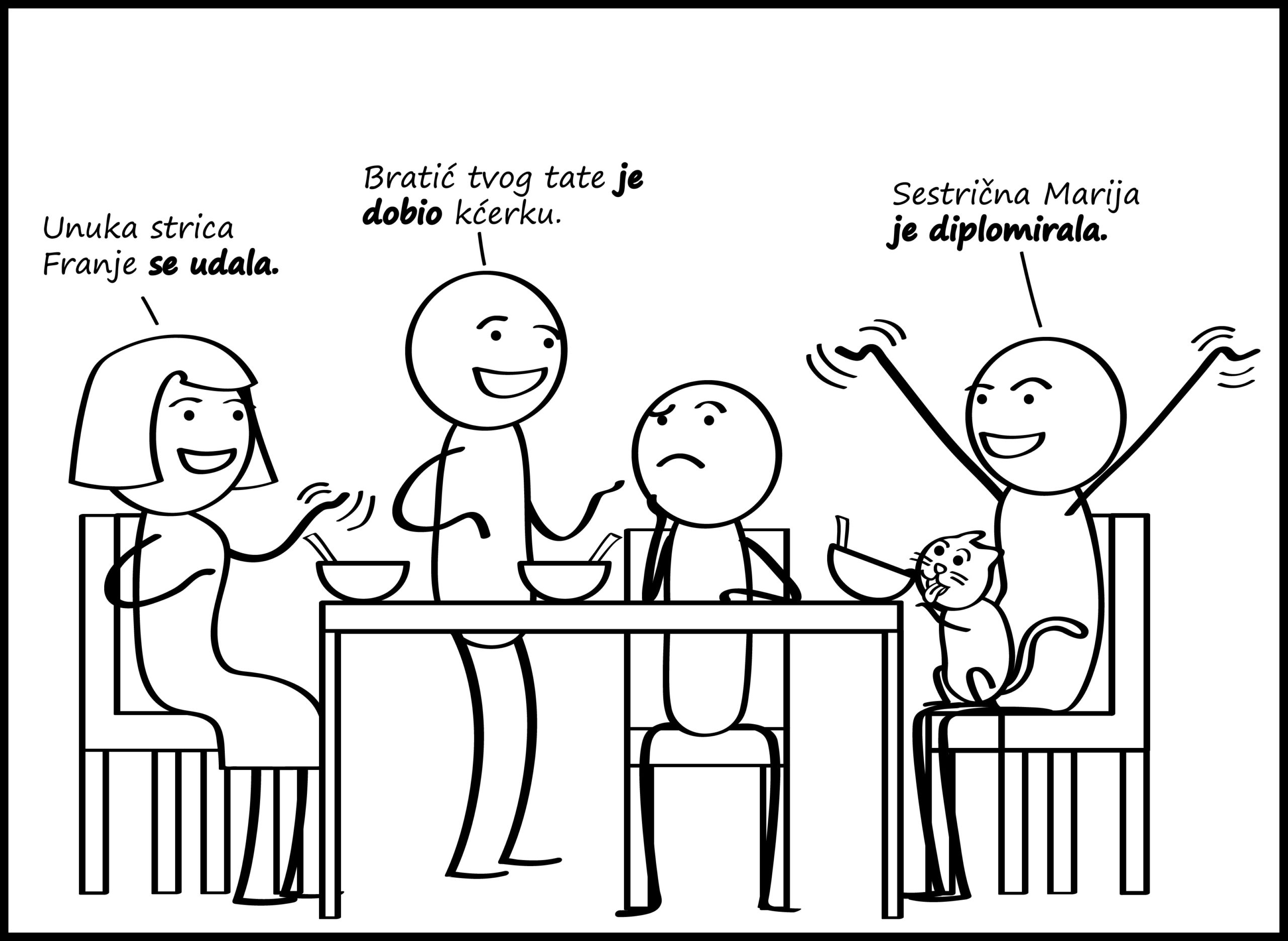 Can you see how verbs work in the past tense? Let us know in the comment section below.

Can you drop the subject from the sentence in the past tense?

Yes. Just like in the future tense and the present tense, we tend to do that in the sentences where it’s very clear from the context who we are talking about. So, it’s also possible to make the sentences above by omitting the (e.g. ja, ti, on, Ana, Ivan…). If we do that, then the order of the words in a sentence changes: the main verb (e.g. plivala) comes before the auxiliary (e.g. sam).

With this being said, you will probably want to read our next post about the word order in the past tense.

So, even verbs have genders in Croatian?

If you came this far in learning Croatian, you probably already know that there is a little bit more to it than what you read in your textbook or grammar book. If we wrote EVERYTHING you would probably want to jump out of the window and never learn Croatian again, but putting everything in one place is not even necessary. If guided properly by the teacher or literature, you can pick up what’s left along the way, when you need it and feel ready for it.

What do you say about some exercises now?

Exercise: Put the verb in brackets into its past tense form. If there’s a pronoun (ja, ti, on…) with the verb, it suggests who the subject is, but you must not use it in the sentence.

And finally, here’s a challenge to those who dare! Can you tell us in Croatian what you did yesterday, using three different verbs? Share your answers in the comment section below!

Do you have any questions about the past tense in Croatian? What other topic would you like us to write about?

Learning Croatian continues… As we’ve already announced above, next Tuesday we are learning about the word order in the past tense. If you want us to send you an email with the next Croatian grammar lesson, put your email address here.