The -i declension in the Croatian language
...or how to change feminine nouns that end with a consonant 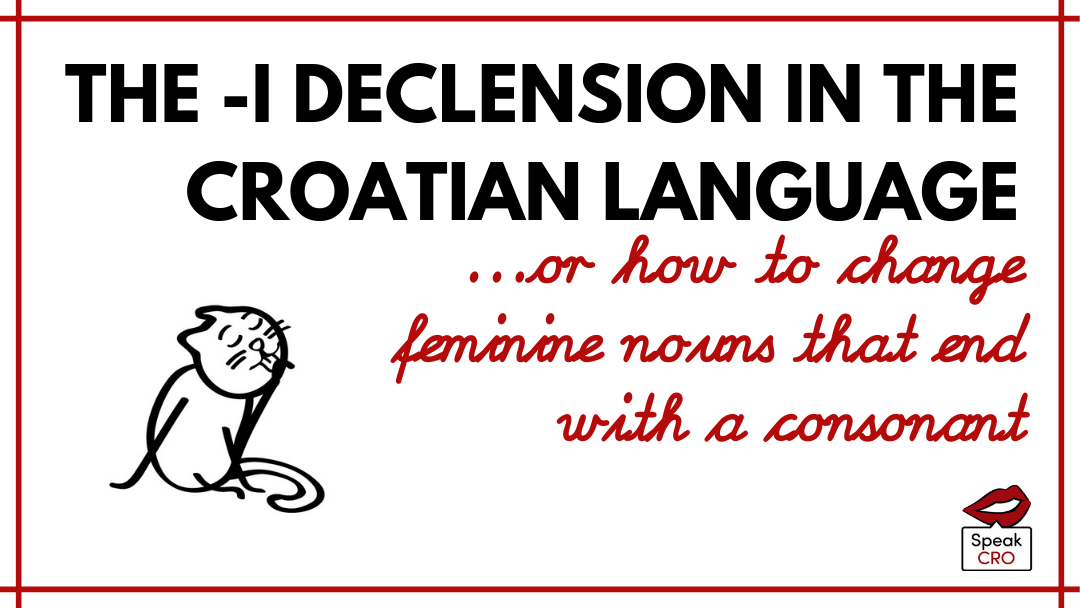 If you have come far enough in learning Croatian to be reading about the -i and thought that this might be yet another exception in Croatian grammar – you are right. However, before you roll your eyes, here’s the good news: this one is so simple and easy that you will wish there were more exceptions like this one. We promise!

So, here we go… Let’s learn some Croatian! 🙂

In the lesson about genders in the Croatian language, we said that feminine nouns normally have the -a ending, and that’s true for the great majority of them, but there are some feminine nouns that end in a .

At first sight, these look like they are masculine nouns, but they are not. The good news is that there are not so many of them, and they can basically be learned by heart. You can find the list of the most common ones below.

The fact that they are feminine nouns that end in a consonant wouldn’t be such a big deal if nouns didn’t change through cases in the Croatian language, but they do and that is where the plot thickens… As they don’t end with –a, like other feminine nouns, we can’t decline them (change them in ) in the same way that we change other feminine nouns. That’s why they have a different declension: the –i declension. The good news about the i-declension is that it’s quite easy to remember:

The –i declension of feminine nouns

*There are two possible endings in the instrumental singular form, but my recommendation is to simplify your life by using the -i ending. Now you see why it is called the -i declension!

How to match the gender of an accompanying adjective (or adjective-like word) with an –i declension noun? 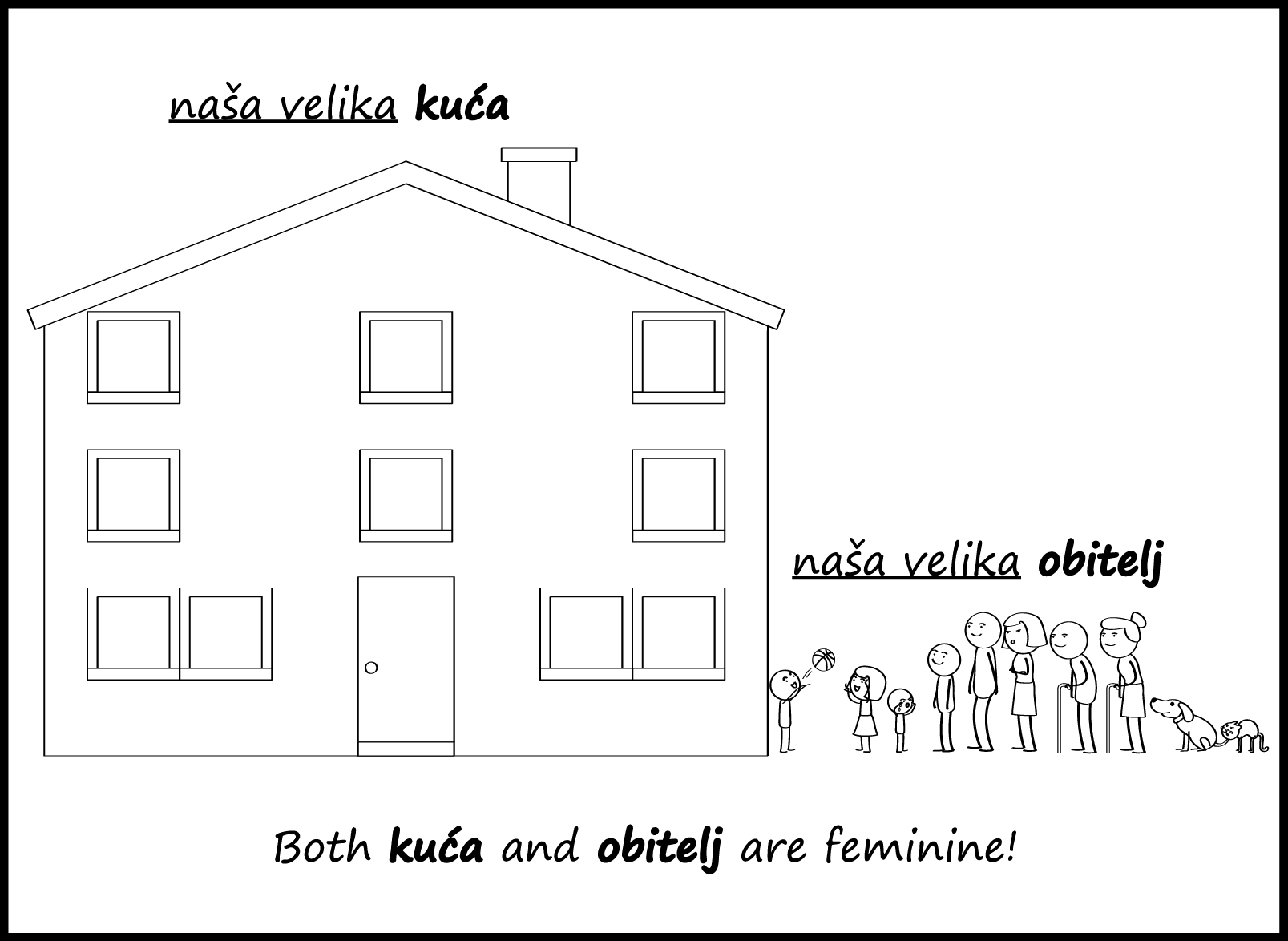 So, the “accompanying” words – adjectives, pronouns and (some) numbers – get the “standard” feminine forms. That’s not so bad, is it?

The most common i-declension nouns:

*The nouns bol (pain), glad (hunger), pelud (pollen), splav (raft) and varoš (town, borough) are some of the very few nouns in the Croatian language that can be seen both as feminine and masculine. The noun splav is preferred to be used as a feminine noun in the Croatian language. The other three nouns – glad, pelud and varoš – can be used as either feminine or masculine; often varying from region to region. We prefer to use them as feminine nouns.

Most nouns that end in -ost and -est

Collective nouns that end in -ad:
Don’t get confused by the fact that these are all plural nouns – you treat and change them like other feminine nouns ending in consonants!

Is this how you change female names that end in a consonant, too?

Do you have any questions about the -i declension nouns? Feel free to ask in the comments below.

Exercise: put the feminine nouns in brackets into a suitable case. The abbreviation pl. means that you need to use a suitable plural case.

Learning Croatian continues! Next Tuesday we are learning about prepositions in the Croatian language. If you would like us to send you an email with the next Croatian grammar lesson, put your email address here.