The genitive case in the Croatian language
In front of, behind, above… it’s bloody everywhere! 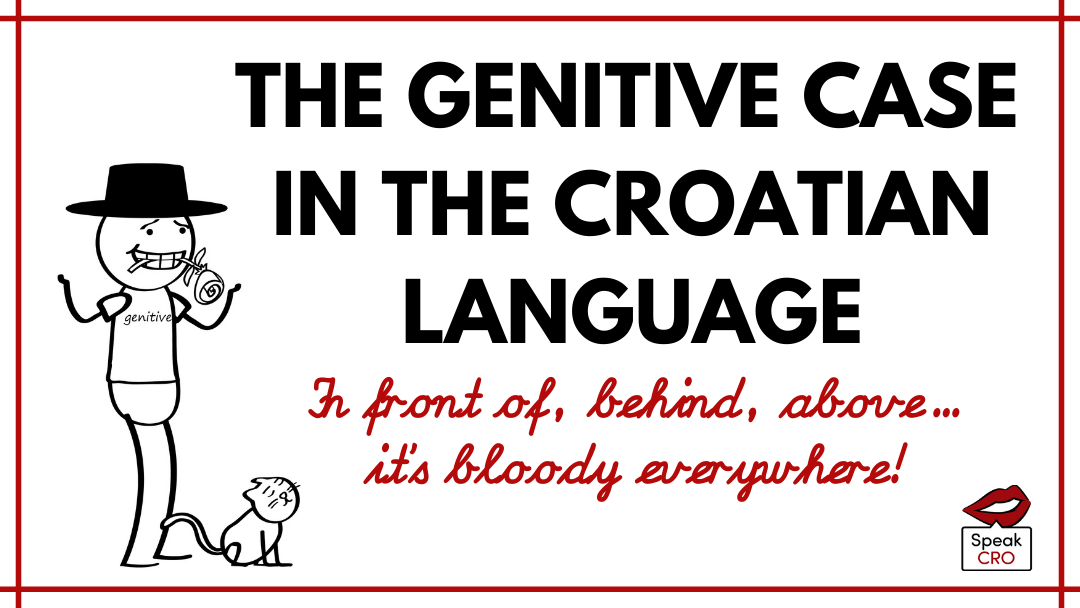 It very often happens that during our first lesson students tell us that they have been trying to learn by themselves, that they took all the grammar books and textbooks they were able to find, but that reading the definitions of genitive or dative or of any other case didn’t do a thing for them. After all of their reading, they just ended up being confused. If you find yourself in a similar situation, it might be a bit consoling to know that you are not the only one. On the contrary – we probably still haven’t had a student who didn’t have that problem. No wonder, as a typical definition goes something like this:

What the heck does that mean? It’s true that Croatian grammar is not among the simplest to learn, but it CAN be explained in a way that you can actually understand.

How does the genitive case work in the Croatian language?

ispod – under
iznad – above
pokraj – next to
ispred – in front of
iza – behind
od – from / of
do – to
iz – from
oko – around
bez – without
između – between
zbog – due to, because of
prije – before
poslije – after
preko – across
tijekom – during
blizu – near
osim – except for
protiv – against

To help you with the memorizing process, we have prepared a set of flashcards. Flip each card to see if you can get the meaning in Croatian right! 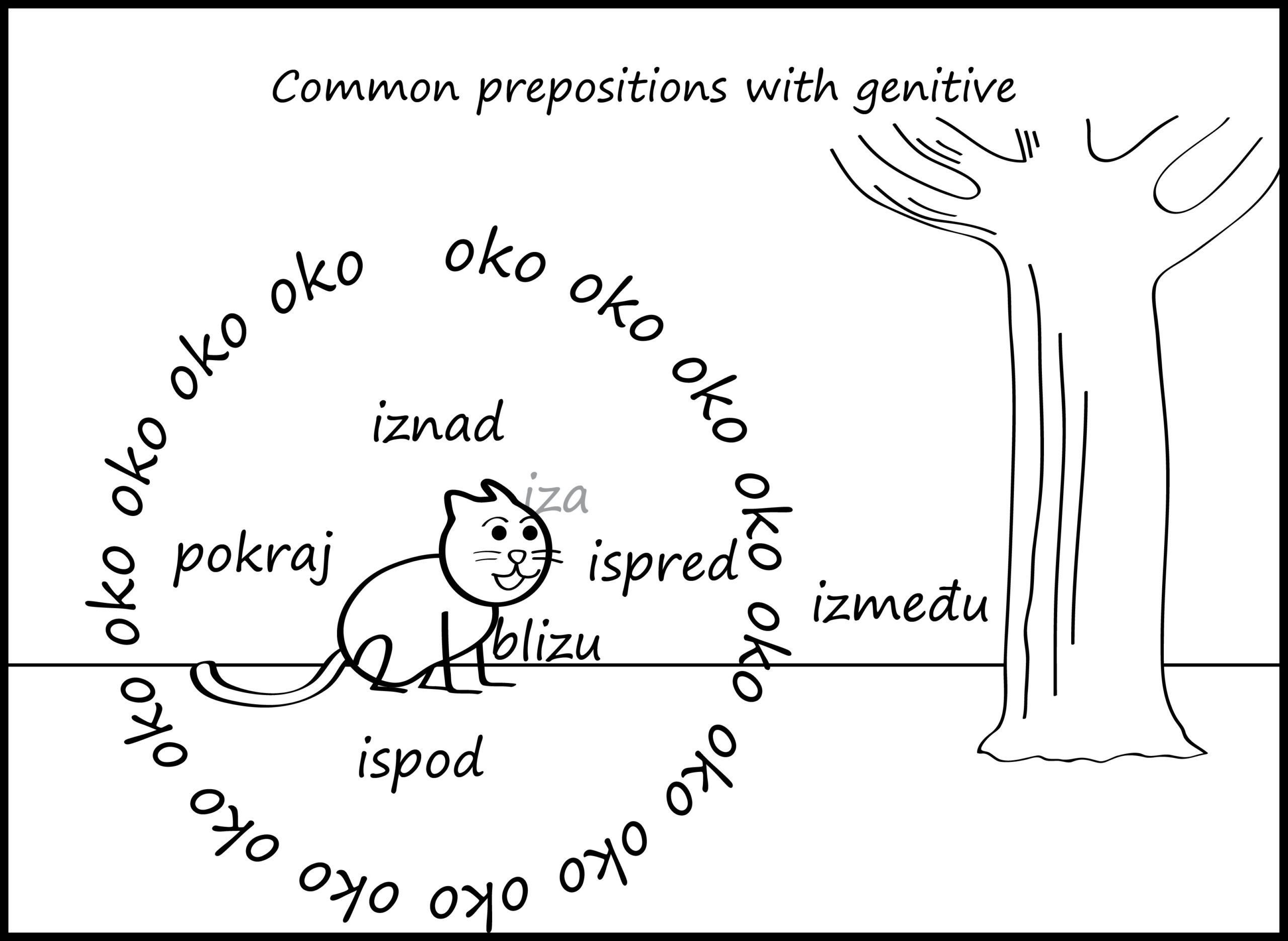 When you see one of those prepositions, you can be sure that a word (a , a , an , or a number) that comes after the preposition will be in the genitive case (and it will have a different ending than it has in the nominative case). How that ending changes depends on the of the word and whether it is . In this blog post, we are focusing only on nouns in the genitive case.

The table of the genitive form of nouns, compared with the nominative

So, this is how it works in singular:

For example, the nominative forms are Amerika, kava, hotel or žena, but changed to genitive:

Ja sam iz Amerike. – I am from America.
Čokolada je pokraj kave. – Chocolate is next to the coffee.
Restoran je ispred hotela. – The restaurant is in front of the hotel.
Muškarci su pokraj žena. – The men are next to the women. (*mind that this is the genitive plural form)

The genitive case without prepositions

Another important use of genitive is in phrases that contain of. For example:

Hotel je u centru grada. – The hotel is in the center of town.
(Where the genitive form grada actually means of town.)

Rim je glavni grad Italije. – Rome is the capital of Italy.
(Where the genitive form Italije actually means of Italy.)

Bojim se mraka. – I’m afraid of the dark.
(Where the genitive form mraka actually means of the dark.)

Exercise 2: Fill the gaps with the genitive form of the noun in brackets.

Is there something else I should know about the genitive case in the Croatian language?

Yes, there is always more. Learning Croatian grammar is pretty much a never-ending story, depending on your goals, of course. In some grammar books, you will find pages and pages of text just on the genitive case. However, if you understand and are able to apply everything mentioned above, you have already done a huge portion of what there is to learn about the genitive case in Croatian.

In our future blog posts, we will write more about the genitive forms of adjectives and pronouns as well as about what numbers have to do with the genitive case.

I hope that you have found this post helpful. Please feel free to ask questions in the comment section below and let us know what you would like us to write about in our future posts.

Learning Croatian continues… Next time we’ll learn about the dative case in the Croatian language. If you would like us to send you an email with the next Croatian grammar lesson, put your email address here.

If you are looking for someone to practice Croatian online with, in real time one-on-one, don’t hesitate to book your free trial lesson here.