The future tense in the Croatian language, negative
...or how to say you WON’T do things 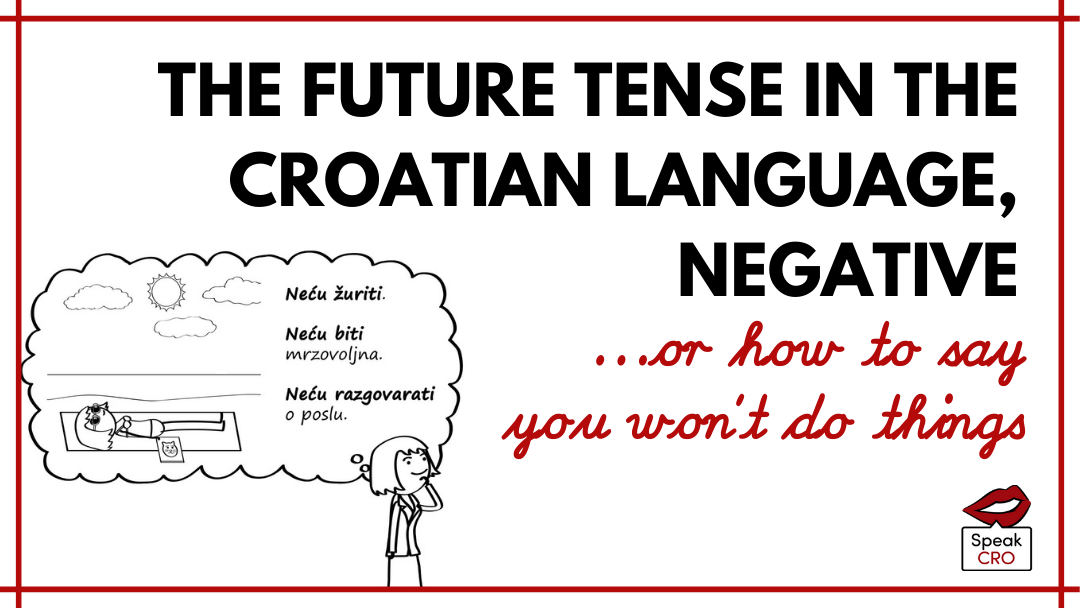 If you thought that learning the affirmative form of the future tense was easy, the negative form will really be a piece of cake. All you need is to add ne- in front of the auxiliary verb htjeti (will) to make it negative – and the rest is the same as in the affirmative form! Yes, one more time – learning Croatian made easy! 🙂 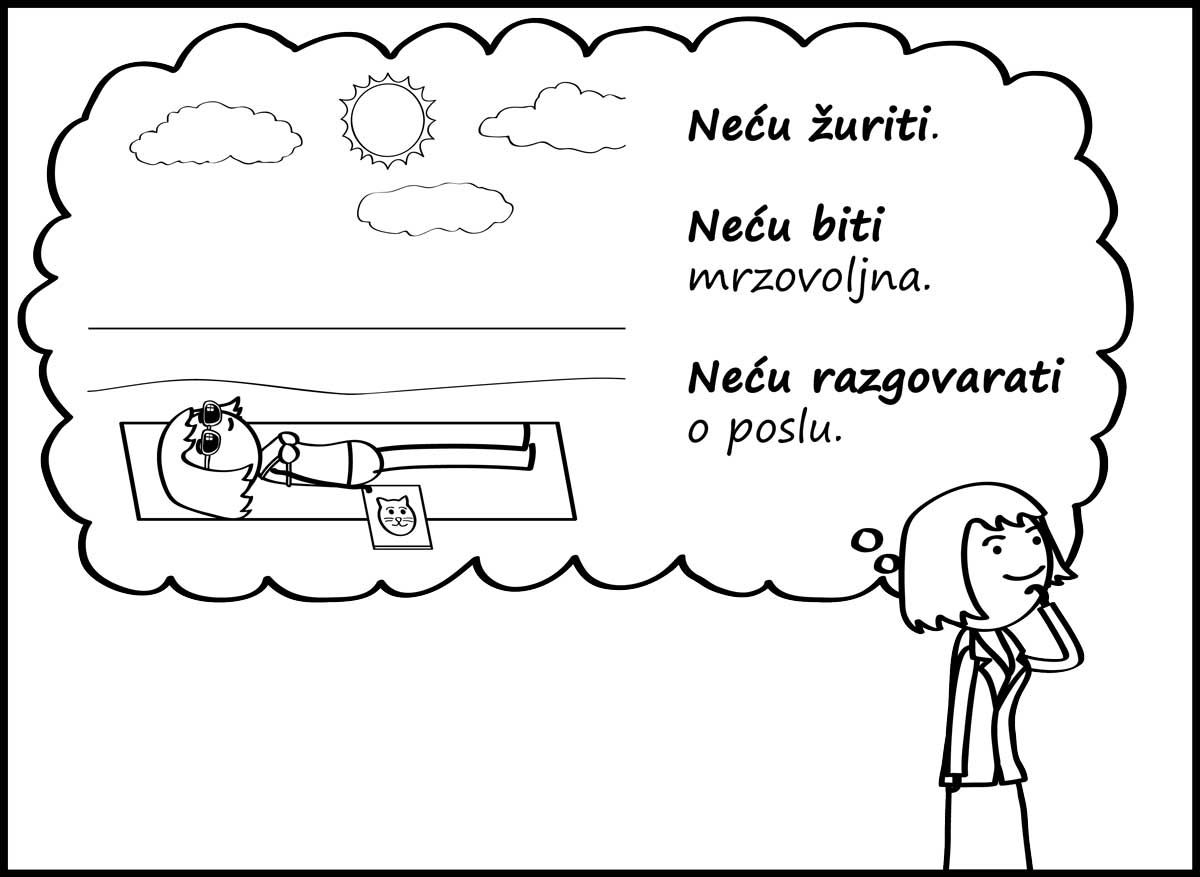 Here is how it goes:

Yes, this means that you need to combine one of the negative forms of the htjeti (will) from the table below with the main verb – which is still in , its basic form.

So, let’s use again the verb učiti (to learn) and have a look at its negative future tense forms:

*In Croatian, ono (it) does not refer to an object, but to any neuter noun, even if it means a person, like dijete (child). So, ono neće učiti can mean dijete neće učiti.

Can we drop the personal pronoun (ja, ti, on…) from the sentence here, too?

As you are probably guessing from the fact that the (ja, ti, on…) are in brackets, you can use them, but you can also make the sentence without them, without changing the word order. What is more common? If it’s obvious from the context who you are talking about, it’s better to skip it.

If you read our previous post on the future tense (affirmative form), you might remember that the Croatian language makes no difference between will, shall and going to future constructions. So:

Exercise:  Put the verbs in brackets into their negative future tense form.

Was this easy or what? Any questions? What else would you like us to write about?

Learning Croatian continues… Next Tuesday we are learning about the interrogative form of the future tense. If you want us to send you an email with the next Croatian grammar lesson, put your email address here.