The accusative case in the Croatian language
The direct object 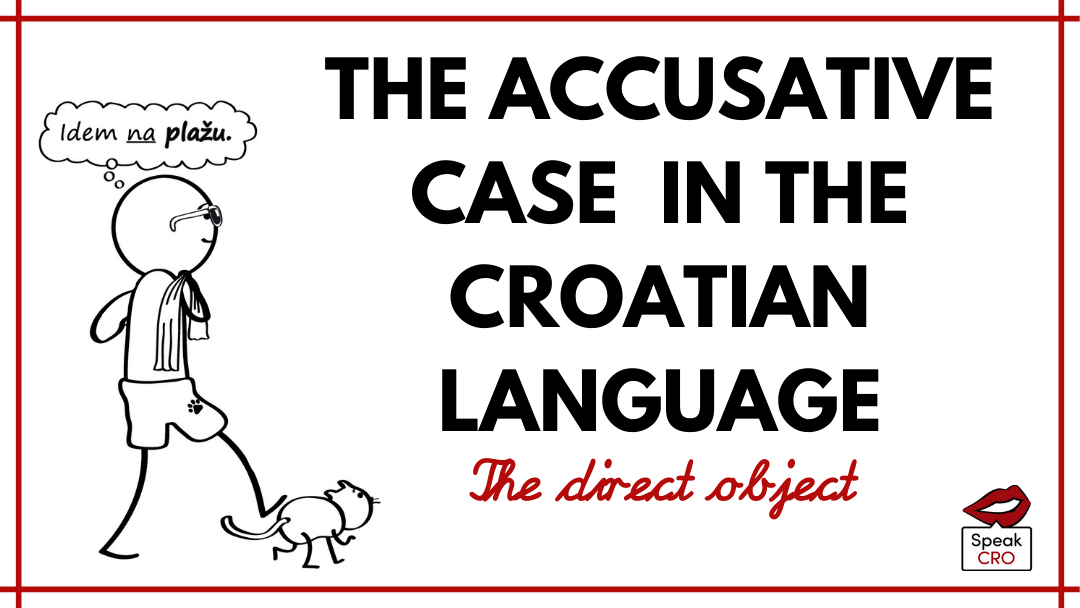 Accusative is a very frequently used in the Croatian language.

The accusative case as a direct object

Every time there is a in a sentence, it is in the accusative case. 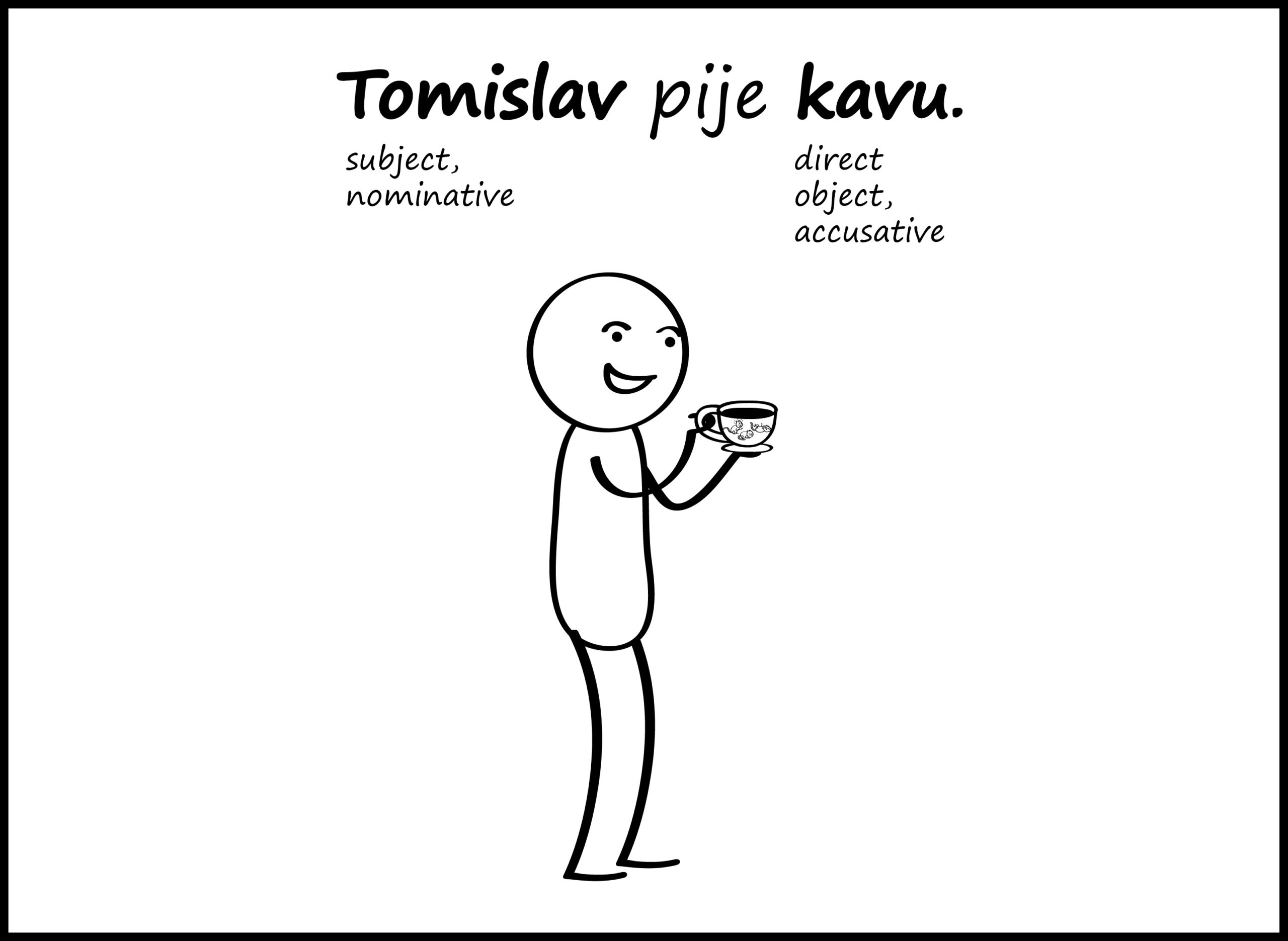 The accusative case denoting destination – used after u or na

The accusative case is also used whenever we talk about the destination of some motion, such as walking, flying, running, driving… Whenever you have verbs of motion – indicating you are in a process of going somewhere, of being on your way, moving, traveling etc. – followed by the u (in/to/at) or na (on/to/at), then the upcoming noun is in the accusative case. Uh… Sounds complicated? Not if you take a look at these examples:

Idem na plažu. – I am going to the beach.

Let’s analyze this sentence:
idem – a verb of motion – you are on a journey, moving
na – preposition meaning to
plažu – the noun plaža is in the accusative case – your destination 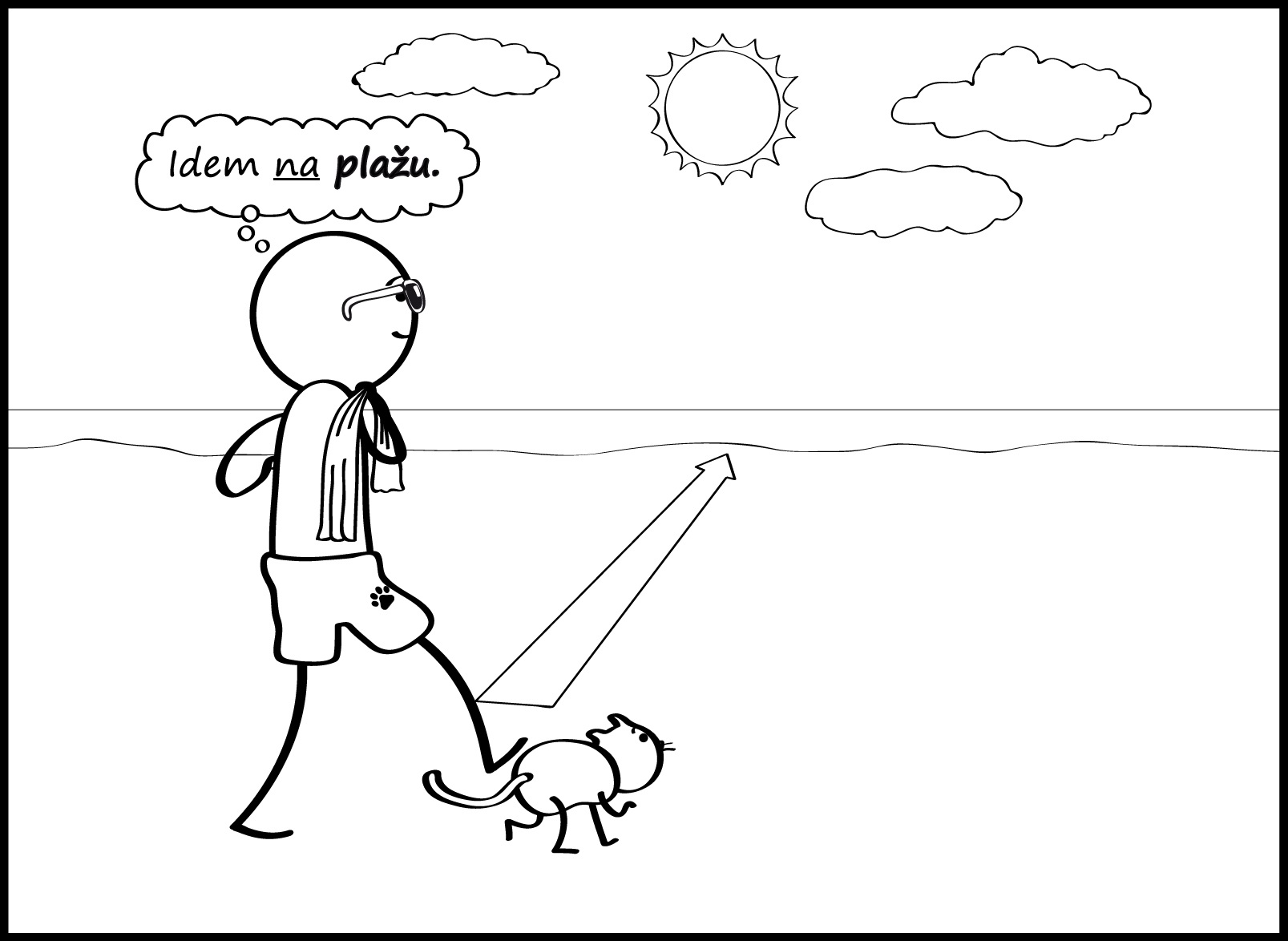 Vozim u školu. – I’m driving to school.
vozim – a verb of motion – you are on a journey, moving
u – preposition meaning to
školu – the noun škola is in the accusative case – your destination

Broadly speaking, the preposition u is used to refer to a closed space and the preposition na to an open space or an event. Even though this rule has a lot of exceptions, the good news is that we have prepared a blog post where you can learn when to use u and when na, in a simple way.

So, every time in a sentence when you have a noun (or a or an ) in one of these two situations: (i) a direct object, or (ii) the destination of some kind of motion, it will be in the accusative case, according to the table below.

The table of the accusative form of nouns, compared with the nominative

As you already know from our previous posts, it is not only nouns that change their endings in cases, but also pronouns, adjectives, and some numbers. The good news is that once you learn the rule for the accusative – or any other case of nouns – you already did a huge portion of work, later on you “just” have to learn the endings for other types of words that also change in cases. We strongly believe that korak po korak (step by step) is the best approach in learning Croatian. This blog post is just the first step… to be continued…

And, by the way, if you find learning all of those endings of nouns for different cases a bit hard to memorize, after we learn all the cases in the Croatian language, we’ll write a separate post with tips and tricks for memorizing endings for cases of nouns in Croatian.

Do you have any questions about the accusative case? Feel free to ask in the comments below.

If you think that learning Croatian with another human being one-on-one would be a good idea, feel free to contact us for a free 60-minute lesson.

Learning Croatian continues! Next Tuesday we’ll learn about the vocative case in the Croatian language. If you would like us to send you an email with the next Croatian grammar lesson, put your email address here.