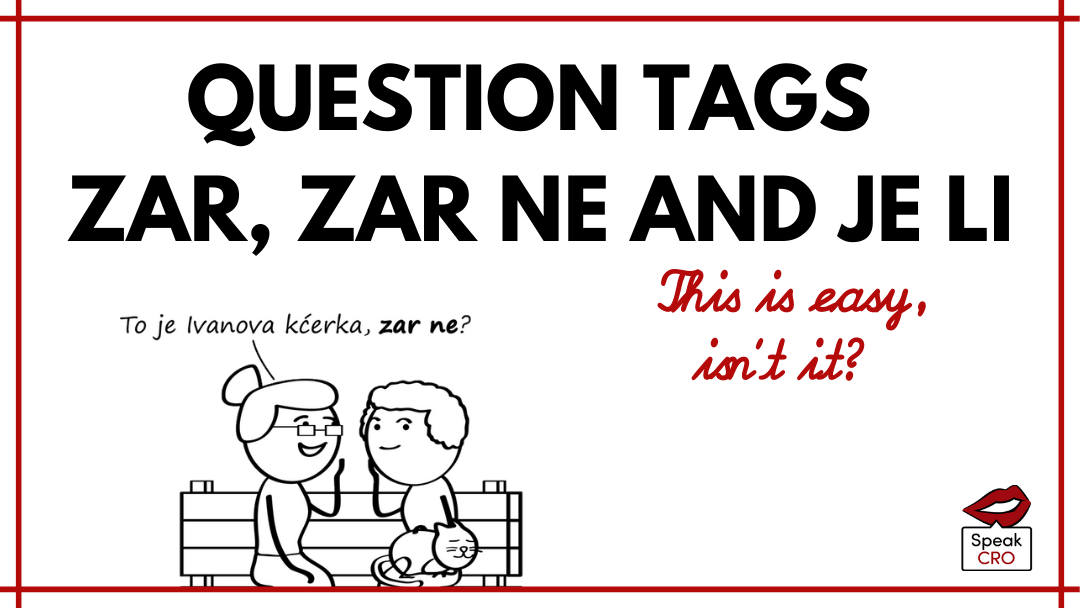 If you have Croatian relatives, you are probably used to being asked many questions. Some of them you probably understand, some not so well… This blog post is to help you reveal the implications of their questions. Ready? Let’s learn some Croatian! 🙂

Questions can be made by adding zar ne? to the end of a sentence. Zar ne? means something like isn’t it so? And do you know what the best part is? It replaces all those different question tags in English (isn’t it, aren’t you, won’t they, didn’t she… you name it). One question tag to rule them all! 🙂

If they put zar ne? at the end of the sentence, that means that they are expecting a positive answer. 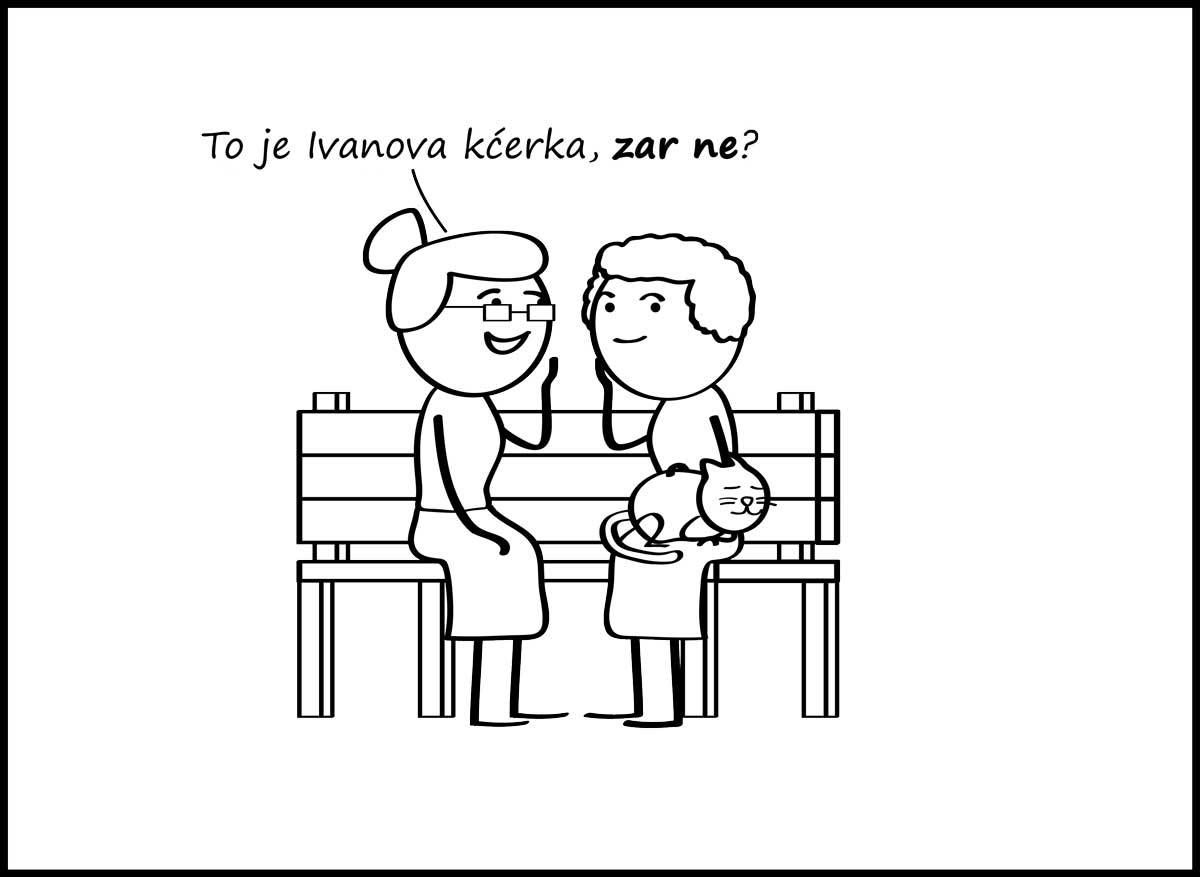 First things first! I can already see question marks above your head – what the heck is je l’ da? The answer is simple: it is a contracted, conversational form of je li da?, which means something like is that so? or is that right?. Speaking of which, the native speakers would never use the “full” form (je li da?). What is more, it is pronounced as one word and sometimes even (incorrectly) written as one word – jelda?

The question tag je li? means something like is it? (or is he/she?, are you? etc.). The meaning and the usage of both je li and je l’ da  is very similar to zar ne, it’s just that these two are more conversational, informal.

For example:
Ti si Ivanova kćerka, je li? – So, you are Ivan’s daughter, are you?
Rekla si da trajekt kreće u 8, je l’ da? – You said that the ferryboat departs at 8, right?

If they put je li? or je l’ da? at the end of the sentence, that means they think it’s like they said, but they are not sure.

Zar is added to the beginning of the sentence and has a bit different tone of voice than the previous two.

Zar nećeš i sljedeće godine doći u Hrvatsku? – Won’t you come to Croatia next year too?
(You can also read this one as: You don’t really mean you won’t come to Croatia next year, do you?)
Zar ćeš ići u japankama, a vani je 15 stupnjeva? – You’ll go in your flip-flops and it’s 15 degrees outside?
(We highly recommend reading a blog post about Death by flip flop written by our student and friend Sarah Jane Begonja.)

If they use zar in their question, it means there is a note of surprise or even disbelief.

You have been asked some of these questions, haven’t you? 🙂 You can leave your comments below.