Possessive adjectives made from personal names
Ivanov or Ivanin - Ivan’s or Ivana’s? 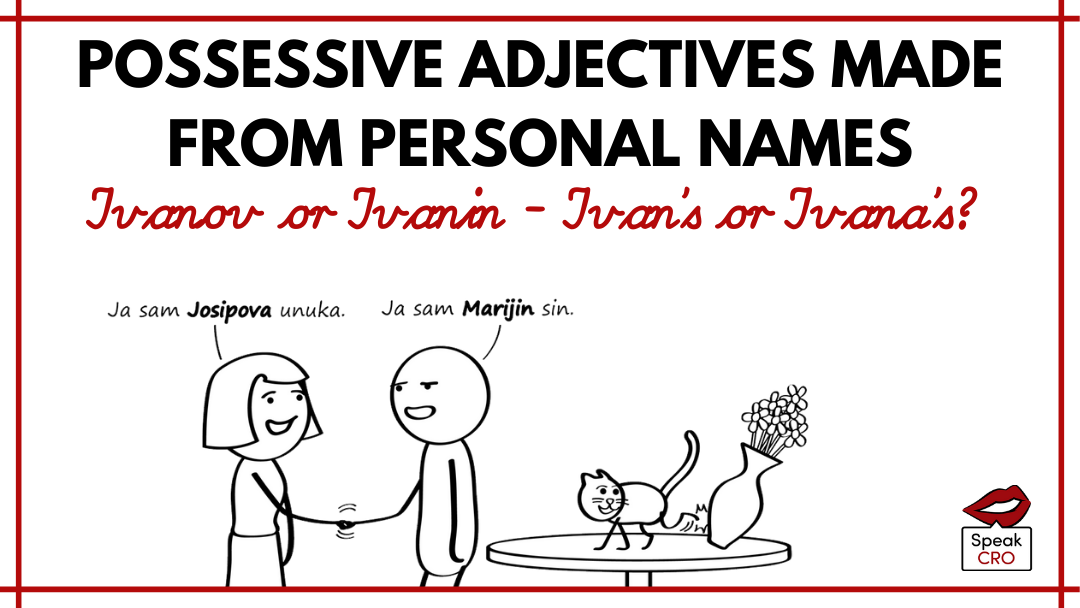 If you are reading this blog post, it’s quite likely that you have some Croatian ancestors, relatives, or maybe even a Croatian spouse… And you have probably been in a situation where you were in a Croatian community or family event where people have asked you something like A čija/čiji si ti? meaning Whose (daughter/son, granddaughter/son, from which family…) are you? Well, today we’ll learn how to answer that question in Croatian! We will be learning possessive made from personal names, or how to say that something belongs to somebody. In other words, we’ll learn how to say things like: 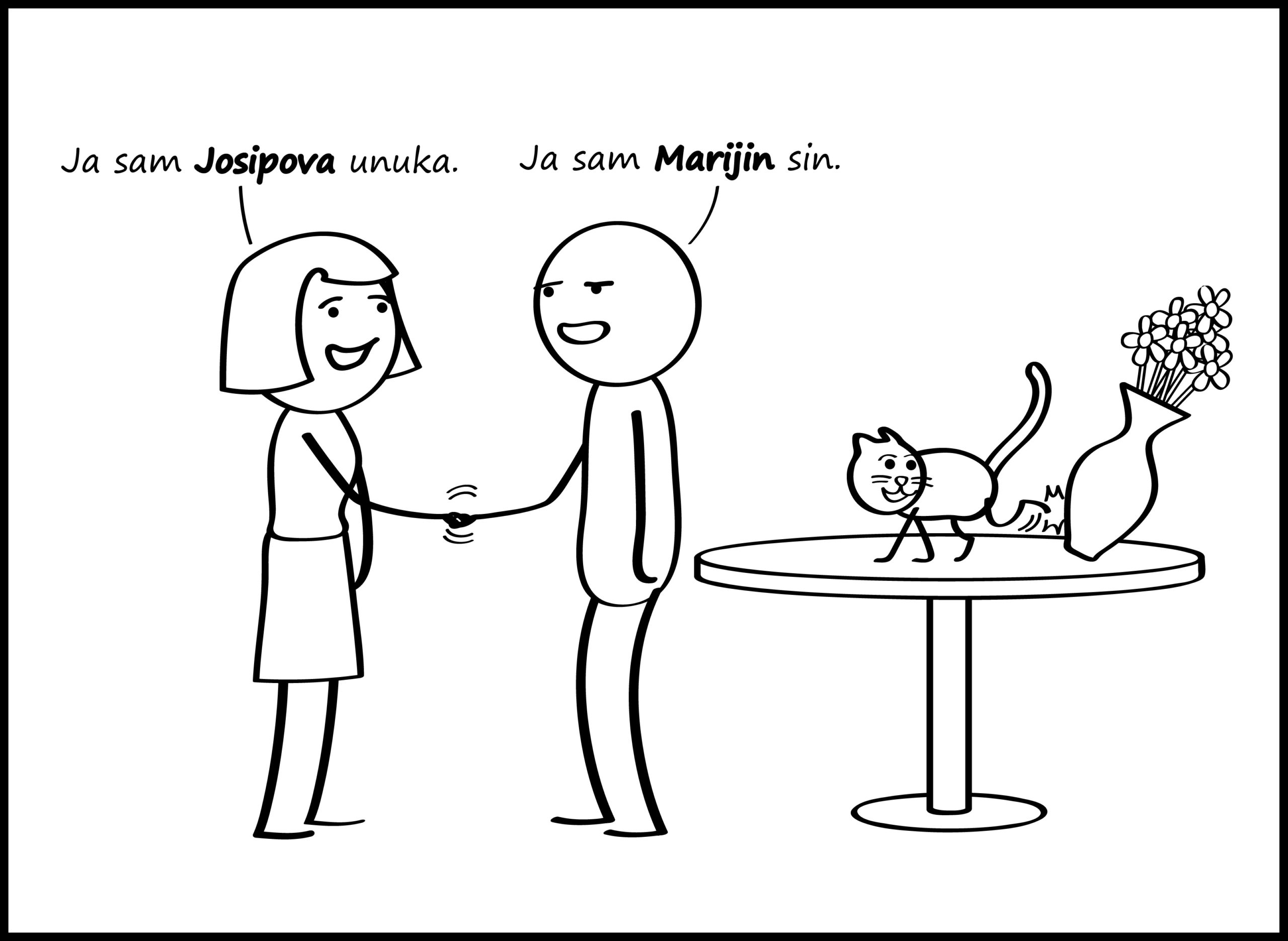 As you can see in the examples above, the English equivalent of a possessive adjective based on a name is the name followed by an apostrophe and s.

OK, let’s see how it works in Croatian! It’s quite simple. I promise! 🙂

If we have a female name, such as Ana, or some other feminine , like mama, the basic ending that we need is -in-, but the final possessive form depends on whether what belongs to Ana or mama is masculine, feminine or neuter, and whether there is just one of them (singular), or more (plural).

Table of endings for possessive adjectives made from female names

Can you see the pattern? Can you already guess what possessive adjectives made from male names would look like?

Exercise: Choose the correct form of the possessive adjective for the following names and nouns:

In a way similar to what we did with the female names, the main ending to create a possessive adjective from male names is -ov-, but the final form will depend on whether that person, for example Ivan or brat, has something that is masculine, feminine or neuter and whether there is only one thing or more of them. The endings are shown in the table, using the name Ivan as an example:

Table of endings for possessive adjectives made from male names

As a summary of both tables above: the main ending tells us the gender of the “possessor” (-in- means belonging to feminine, -ov-/-ev- means belonging to masculine), while the final ending tells us the gender of the “possessed” person/object (Anina or Ivanova means that what belongs to Ana or Ivan is feminine, like sestra). If the final endings look familiar, that’s not a coincidence – the final endings are the same as for other adjectives. That makes it a lot easier to learn, right? But we already promised it would be easy! 🙂

This wasn’t that hard to learn, right?

Exercise: Choose the correct form of the possessive adjective for the following names and nouns:

What we have described above applies when we have only one word such as Ana’s, Ivan’s, mum’s, brother’s… When we have phrases with more than one word, like Nikola Tesla’s or my mum’s, then what we do is a bit different and that’s something that we’ll learn about in a separate blog post.

All the examples above are in their nominative case. However, possessive adjectives derived from personal names change through cases in the same way as “regular” adjectives, with the appropriate endings added to the new suffix (-in, or -ov/-ev).

So: the silver lining is that you don’t have to learn separately how different types of adjectives change in cases – they all change the same way. More details about the declension of adjectives are coming soon in a separate post.

Is learning possessive adjectives made from personal names as simple as we promised? 🙂 Do you have any questions? Please, comment below.

Learning Croatian continues… Next Tuesday we are learning about the question tags. If you want us to send you an email with the next Croatian grammar lesson, put your email address here.