Genders in the Croatian language
How do you know that Croatian tables are masculine? 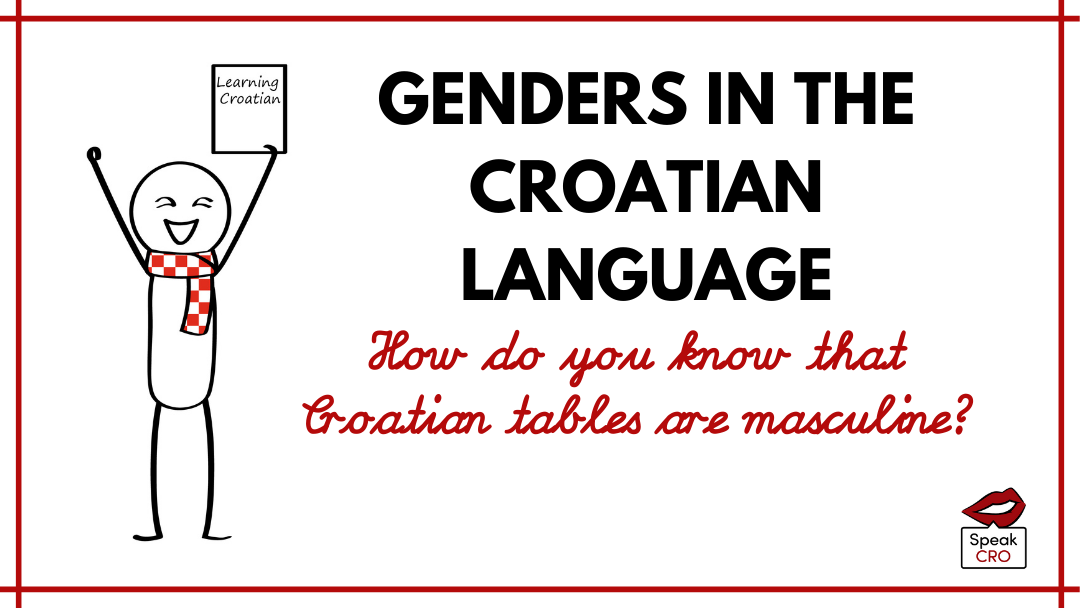 How do you know that Croatian tables are masculine? It sounds like the start of a joke! 🙂  Learning the genders of nouns in the Croatian language (unlike some other parts of Croatian grammar) is quite simple, like a joke! There are three – masculine, feminine and neuter. Every single noun, animate or inanimate, has its gender. A table (stol) is masculine, an apple (jabuka) is feminine, and a tree (stablo) is neuter. If you are wondering how the heck we know the gender of a table or an apple, here’s the secret: you can tell from the word ending. 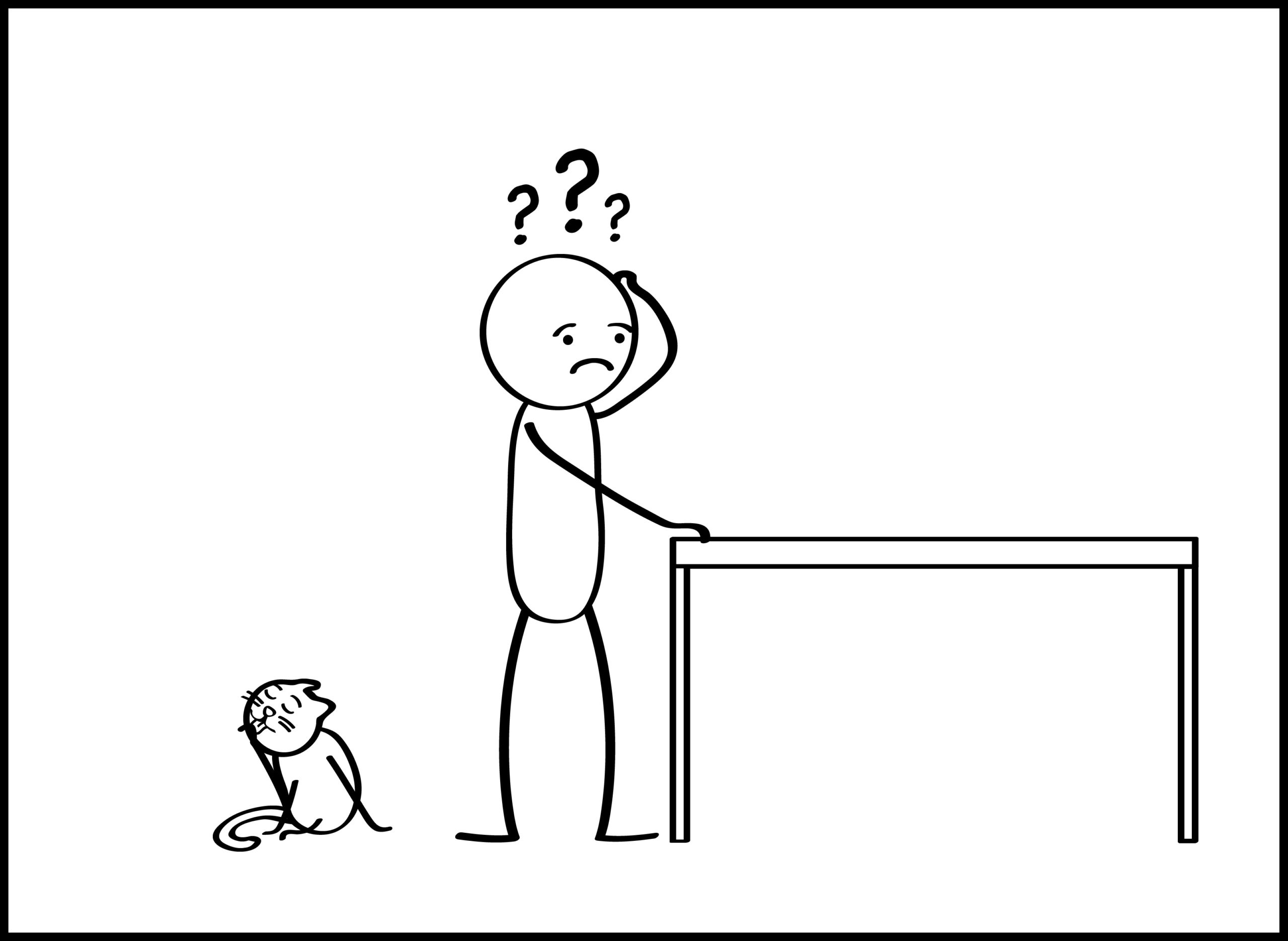 The general rules are:

As for any rule in the Croatian language, there are exceptions, but most nouns fit the rule.

The case that identifies the gender of a is the nominative case, the basic (that’s the form that you would find in a dictionary). We’ll write more about that topic in a separate blog post. If you want us to send you an email with those grammar posts and other Croatian grammar posts, you can leave your email address here.

Are there some other types of words in the Croatian language, besides nouns, that have a gender?

Yes. , and some numbers also have genders. When you combine nouns with pronouns, adjectives and numbers in a sentence, they need to match in gender and in case. The noun is the “boss”, so adjectives, pronouns and numbers follow its form. If you are a complete beginner in learning Croatian you can leave dealing with this part for a bit later on.

What happens with the articles in the Croatian language?

The answer to this question is very simple: nothing. There are no articles in the Croatian language. Žena can mean a woman or the woman, depending on the context.

Do you find learning genders in the Croatian language easy? Tell us in the comment section below!

Learning Croatian continues! Next Tuesday we will learn about personal pronouns in the Croatian language. If you want us to send you an email with the next Croatian grammar lesson, put your email address here.

Related Croatian language topics that you might want to lean about: