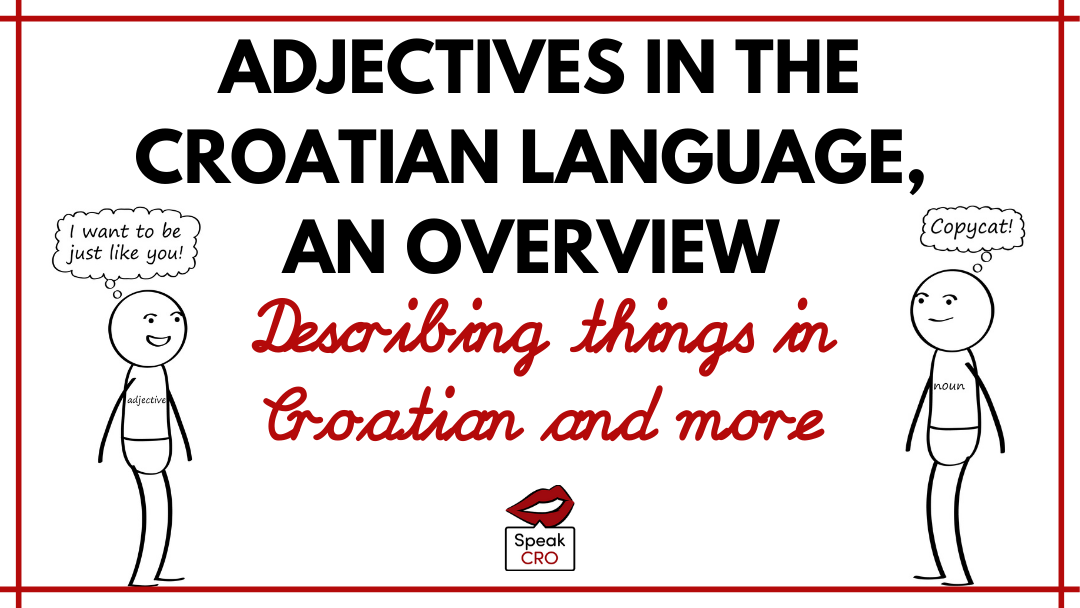 We use adjectives to describe or give more information about a noun. They can be descriptive (big, beautiful, colorful), possessive (Maria’s, dad’s) or material, telling us what something is made of (wooden, gold). 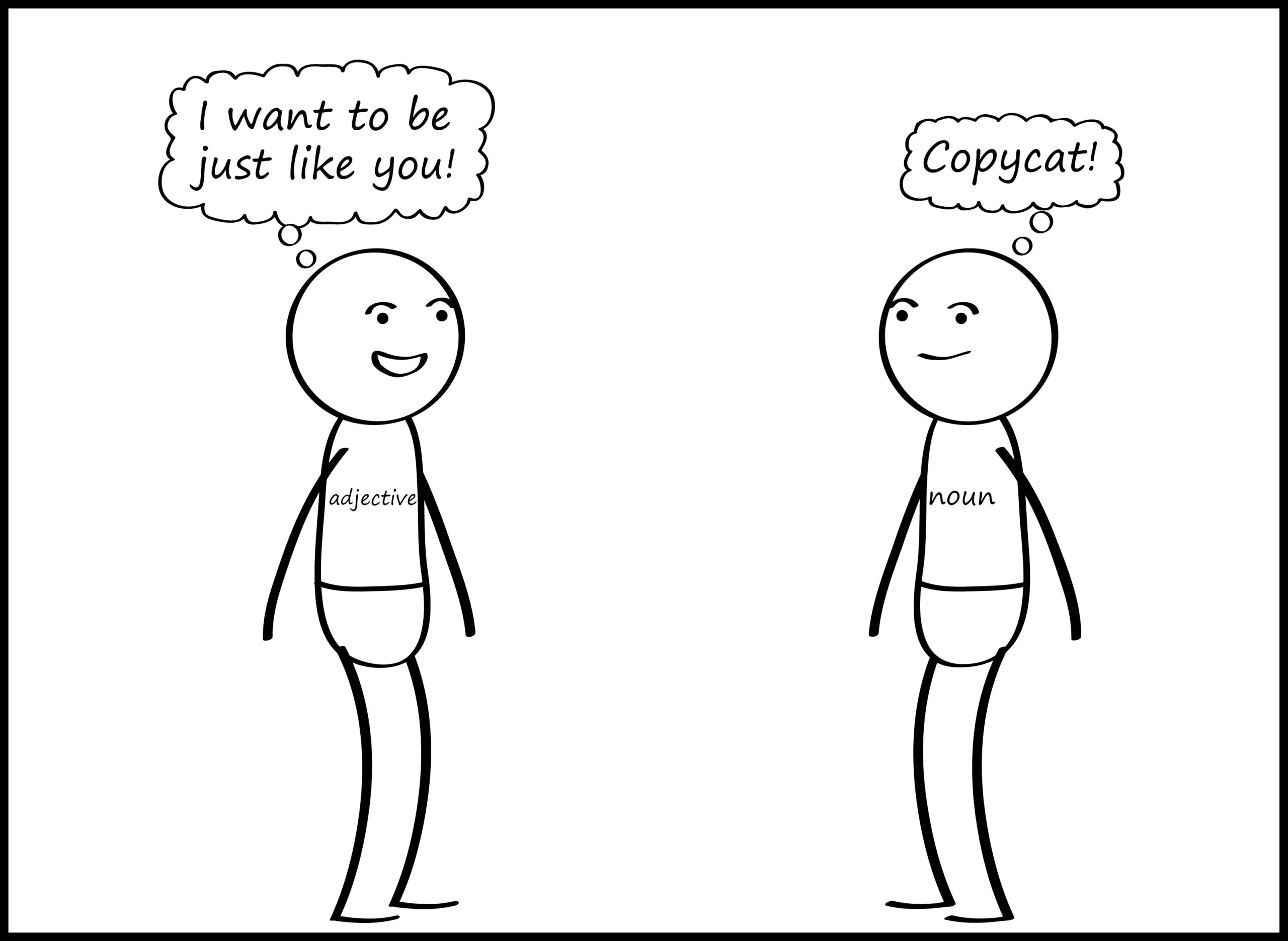 For example:
Obala je lijepa. – The coast is beautiful.

Does this mean that the adjective and the noun always have the same ending?

Unfortunately, no. The logical question here is: how is that possible as we just wrote above that they agree in gender, case and number? The answer is: that’s because the ending of a noun in a certain case is not necessarily the same as the ending of the adjective in that same case.

For example:
Nazdravimo dobrim vinom! – Let’s have a toast with good wine!
Najeli smo se domaćih fritula. – We’ve had our fill of some homemade fritule.

The lives of learners of Croatian as a second language would be much easier if those endings did agree… but they don’t! 🙂 That means that you need to learn them by heart. Bummer!

All the details on how adjectives change in cases are coming soon in a separate post.

What types of adjectives are there in the Croatian language?

There are 3 types of adjectives in the Croatian language:

1. Descriptive adjectives – those which answer the question What is something like? or in Croatian: kakav?

To which the answer may be, for example: lijep (beautiful), velik (big), zdrav (healthy)…

2. Material adjectives – those that answer the question What is something made of? or in Croatian: od čega je?

The answers might be: zlatan (gold), drven (wooden), plastičan (plastic)…

a) possessive adjectives derived from personal names: these have the endings -ov, -ev, or -in.

b) possessive adjectives derived from place names: these have the endings -ski, -ški, or -čki.

More about each of these is coming soon in separate posts. 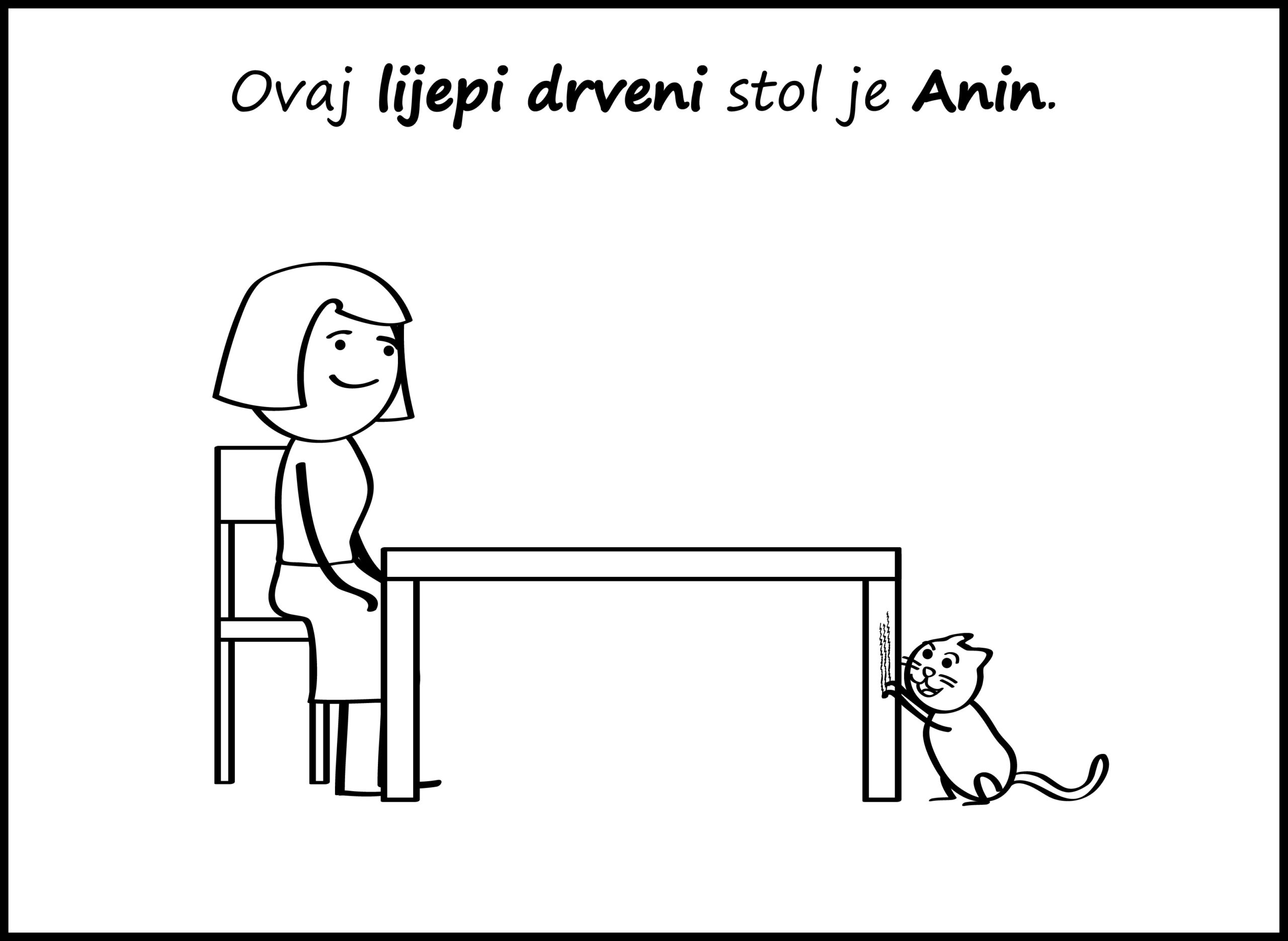 What about a and the in Croatian?

There are no articles in the Croatian language. But there are definite and indefinite adjectives. Is it veliki brod or velik brod? We are often asked which of these is correct. The answer is that you can use either, depending on what you want to say. One of them is definite (veliki brod) and we use it when we are referring to a particular ship, and the other one is indefinite (velik brod) and we use it when we are talking about an unspecified ship: basically, this is the difference between the good ship (veliki brod – definite) and a good ship (velik brod – indefinite).

For example:
Velik brod ne bi mogao ući u ovu luku. – A big ship would not be able to enter this port.
Veliki brod koji smo čekali je upravo uplovio. – The big ship that we have been waiting for has just sailed in.

The concept of definite and indefinite only exists with masculine and neuter singular adjectives. There is no such thing in the feminine gender. Which means, while brod can either be velik or veliki, kuća can only be velika. Ha! Isn’t this language interesting…? 🙂

However, you don’t have to bother too much with this since neither do native Croatian speakers. It’s very common that even native speakers mix them up, often without even being aware that there is any difference. So, if that’s what native speakers do, you can do it too.

Comparison with adjectives: whose dad is stronger?

You get the point. We use when we want to compare one person or a thing with another. I know you want to learn more right now as the comparative degrees of adjectives are so cool and funny, but as you are probably already guessing, we’ll just have to leave details for a separate post unless we want to make this post long… longer… the longest…

Do you have any questions about adjectives in Croatian?

Learning Croatian continues… Next Tuesday we are learning about the types of pronouns in the Croatian language. If you want us to send you an email with the next Croatian grammar lesson, put your email address here.

If you want to learn Croatian online with a teacher one on one, don’t hesitate to book your free trial lesson here.